Here I am (deep breath) about to begin my blog. I was hesitant to start this. I’m not sure if I’ll write in it much or mainly post pictures. I want to remember everything and my blog-genius roommate suggested I keep one to document everything I go through, because I won’t remember everything, it’s just a fact. I’m also a very private person. Despite my outward persona, I actually don’t care to share much of my personal tribulations and triumphs with many people. With my close friends yes, and certain friends are good for certain tribulations and certain triumphs. Some are good for lending an ear, some good for cheering you on. I hope for this blog to be many things, but what I really hope most of all is that I remain as honest as possible about my journey. In regards to what I’m feeling, negative and positive. I hope I can be candid, and not share only the highs. Of course I probably will want to remember the highs more than the lows anyways, hell, hopefully there aren’t many lows at all!

Anyways, you might be wondering why I titled my blog “follow your arrow.” Maybe you don’t care. But I’m going to tell you anyways. There’s a song out there by Kasey Musgraves called “Follow Your Arrow,” you may have heard it, and it’s a pretty great song. The general idea is about just doing what’s good for you. You probably guessed by the title. When I first heard it was around the time when my roommate and I were still unsure about our future, we had decided we were either going to Spain or Seattle, pending on whether we got into the Spain program or not. The song resonated with me and every time I hear it I just felt a connection. Like it was speaking to me only. I get it, Kasey. I know that feeling. Sometimes you just gotta do you. 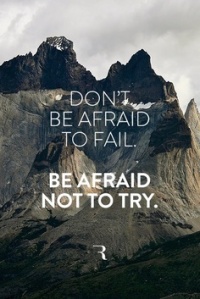 So as my departure date creeps up slowly I’ve obviously done a lot of thinking about my life, seeing as I’m about to leave everything I’ve ever known behind. Shoot, I’ve done a lot of thinking about my life even before I got into Spain. Should I go to Spain? Should I go to Seattle? Where am I meant to be? What is my calling? What is ultimate destiny? Well, who the hell knows. What I do know is that I have ALWAYS, for as long as I’d had the capacity to comprehend the idea, wanted to live in another country, or just another city far away. Sure I’ve always enjoyed traveling, but anytime I go anywhere different, Chicago, Buenos Aires, New York, I always find myself wondering what it would be like to live there, really know the everyday. Especially Europe. I mean, come on, the movies make it look pretty awesome. (Have you seen Midnight in Paris?) And I am finally doing it!! It’s funny, I was telling someone this the other day, that I’ve always admired people who were doing this exact thing. Like wow, that is sooo cool, living abroad, teaching english, that would be amazing, those people must really have their shit together and be really brave. And what is funny is that I don’t feel that way at all. I don’t feel any different than I did before, I don’t feel brave, and I don’t feel like I have my shit together anymore or less than I did before. It’s really not that hard is what’s surprising. Well, the entrance process like getting your visa is a real pain in the ass (seriously, you have NO idea), but so far that’s the only hard part. Well and preparing, it’s just a lot of work, it doesn’t take anyone of a certain intelligence level to be able to do it. You just apply, say you know some Spanish, which it sounds like most people don’t even know that much anyways, and get in. 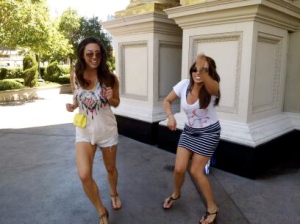 So I still didn’t get to what I wanted to post about. As this departure date closes in I’ve thought a lot about how I felt a few months ago versus how I do now. A few months ago, while I was excited and knew this was what I wanted to do, a large part of me was afraid to leave. I was SO excited to go when I found out, but once it set in it I was like, “wait, where will everyone be when I come back?” One of my best friends just moved to San Diego for a job, another close friend will probably move to New Jersey for a boyfriend, another is moving to Venice Beach, and my roommate who is going with me to Spain, well, I’m not even sure she’s going to come back! And I mean, sure, I have other friends, but these people are particularly important to me, especially because they’ve been constants in my life for so long. Regulars, and really GOOD ONES too. It’s scary to think that when I come back everything will be different. I didn’t want that. There was one night in particular, a few days before I moved home, where I felt this sense of detachment from any sort of home base. It was a really scary feeling. I remember I was driving down PCH bringing some boxes over to my mom’s before moving home for the month before I leave that weekend, and I was like, “omg, what am I doing with my life? What am I going to do when I get back? Is this a really bad idea? I’m not 21 anymore, at my age there’s a lot of social norms about what I should be doing with my life. Like getting into a career, getting married, having kids. Which are things I want, absolutely, I can’t wait to get into a career I love, find my special person and have kids. I really look forward to being a mother. In this moment, as these thought ran through my mind I was scared. Going to Spain isn’t necessarily what most people would think of as a vehicle to further myself to any of these goals. Personally, I think it could, I may want to be a teacher, so doing this could exposure me to the academic world in regards to being on the other side of things. But I wasn’t thinking that last part, only the first scary parts. I felt untethered. Which in a lot of ways is awesome, but when you’re not used to it it’s very unsettling. 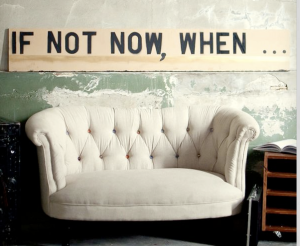 Anyways, since I’ve been home for a few weeks (and believe me, while I love my mom and John dearly, I don’t really love living here that much, I miss my space!) I’ve had time to let this feeling of taking flight and being 100% on my own set in. Mom and Dad aren’t going to be down the street to save me. Not that my parents ever supported me once I left but just knowing their there is always comforting. So I’ve had time to get used to this idea of really leaving, leaving to a far off country that I’ve never even visited before. Which sounds crazy, but I know I’ll be okay. While I may seem out to lunch much of the time I’m damn smart (despite this lackluster blog) and I’m pretty resourceful. And for some reason, lately, I’m okay with things being different when I come back. In fact, I welcome it. In the past week or so I’ve sort of let go and settled into this peaceful state of mind. I can’t control everything, and I can’t live in my comfortable bubble forever, in fact that’s a big reason why I wanted to do this, to get out of it. I have to trust that this is my path, and that I am meant to be exactly where I am at this moment. Maybe because I’ve realized that I won’t be the same when I come back either. I’m not even sure if I’ll come back to Huntington Beach. Maybe I’ll move to Nashville, it’s somewhere I’ve always thought would be fun. Or maybe I’ll stay in Spain for another year, it sounds like many Auxiliars stay for over a year because they enjoy the experience so much. One of my closest friends who lives in Santa Monica offered to let me stay with her when I return while I get back on my feet, and I love that area, so I might just take her up on it. Or maybe I’ll go to San Diego (a whale’s……… haha jk). Who knows. In conclusion, I think I’m okay with these changes, kind of, and the unknown. It’s scary, but it’s kind of exciting too.

This is a picture of a birthday card my mom gave me this past year. I love what it says and she just said the nicest, most encouraging things inside. My mother is one incredible lady and I thank god and the universe that she is mine.

(I can’t believe how much I’ve written already. Where did this all come from!???)